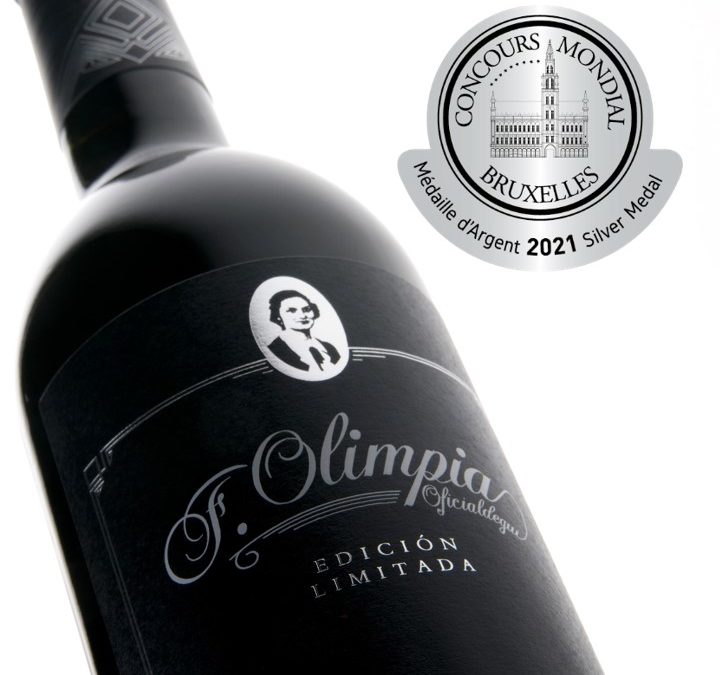 Finally our F.Olimpia Edición Limitada Crianza 2017 D.O.Navarra and 100% Graciano has been awarded with SILVER MEDAL from one of the most prestigious challenges : Concours Mondial of Bruxelles.

The results of the 28th Concours Mondial have now been released. Although the pandemic continues and organising large-scale events remains challenging, the competition has chosen to reinvent itself in the interests of the wine industry, whilst at the same time maintaining its impeccable standards. Over nine days, more than 300 international judges took turns to taste the wines.

At this year’s Concours Mondial de Bruxelles in Luxembourg from June 17 to 27, a total 10,000 wines were entered by 46 producer countries.

The organisers hosted the nine-day tastings with irreproachable professionalism, fully complying with safety measures. Medals were awarded to wines from 40 different countries. France leads the way for the number of accolades (672), followed by Spain (507), Italy (389) and Portugal (335)